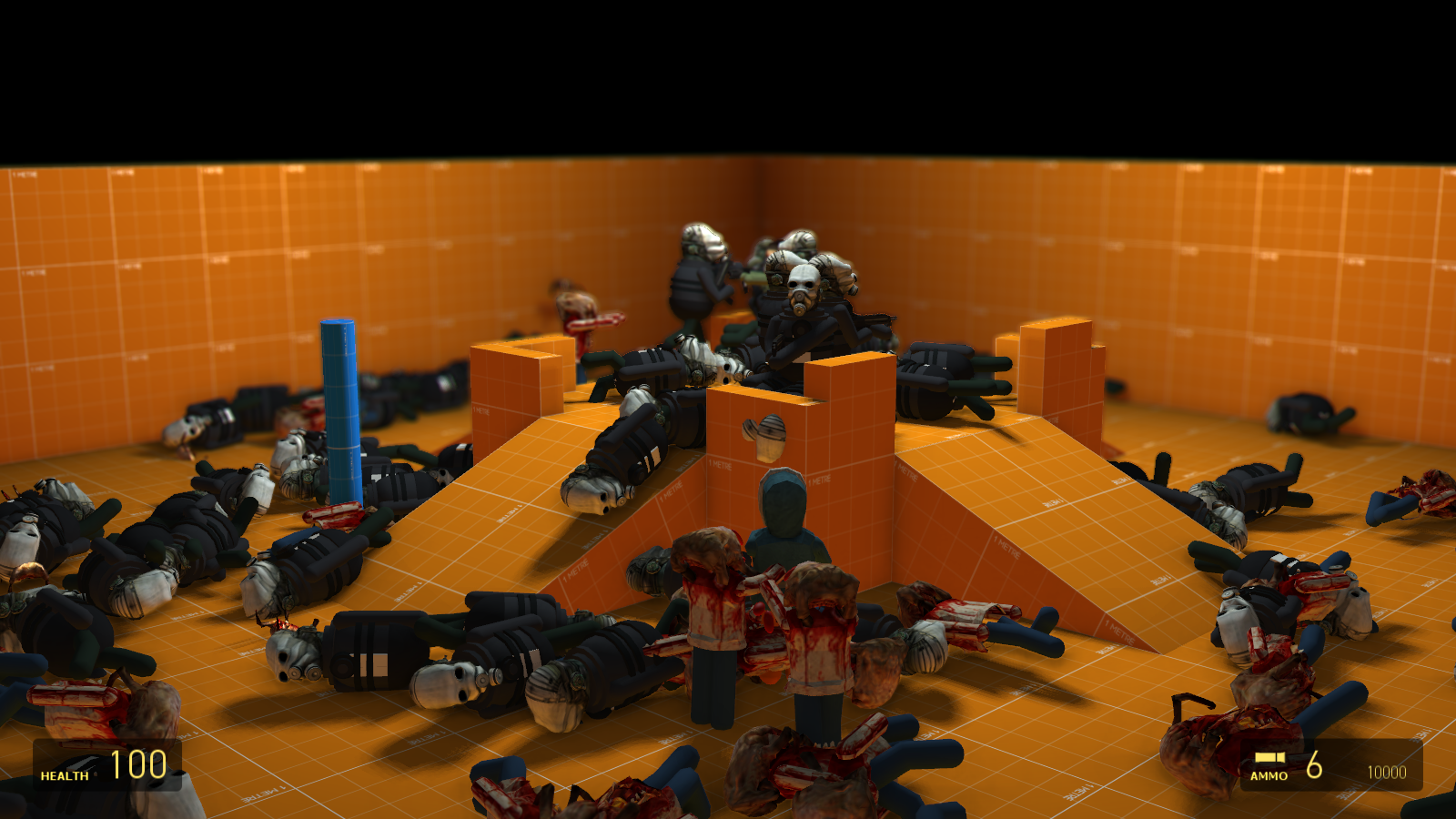 Hey everyone, thanks for checking out Expo Decay! The response has been way bigger than I anticipated for this little jam game so I'm working on some updates for issues/features people have contacted me about.

I've already updated the build with graphics settings in the options menu. You're now able to adjust the resolution, shadow quality, anti-aliasing and turn off things like lighting or particles if you're having performance issues.

The upcoming update in progress at the moment will add the ability to switch controls to a "locked" mode which keeps the WASD keys locked to the camera orientation rather than player orientation. I still personally prefer "classic" mode (allows you to circle strafe!), but I've had multiple requests for modified controls so I've caved.  I also enabled gamepad controls which should work for XInput devices, but if you have a more esoteric controller that works with the game I'd love to know. This update should also see a marked performance improvement and several smaller bug and art fixes.

A different take on Half-Life